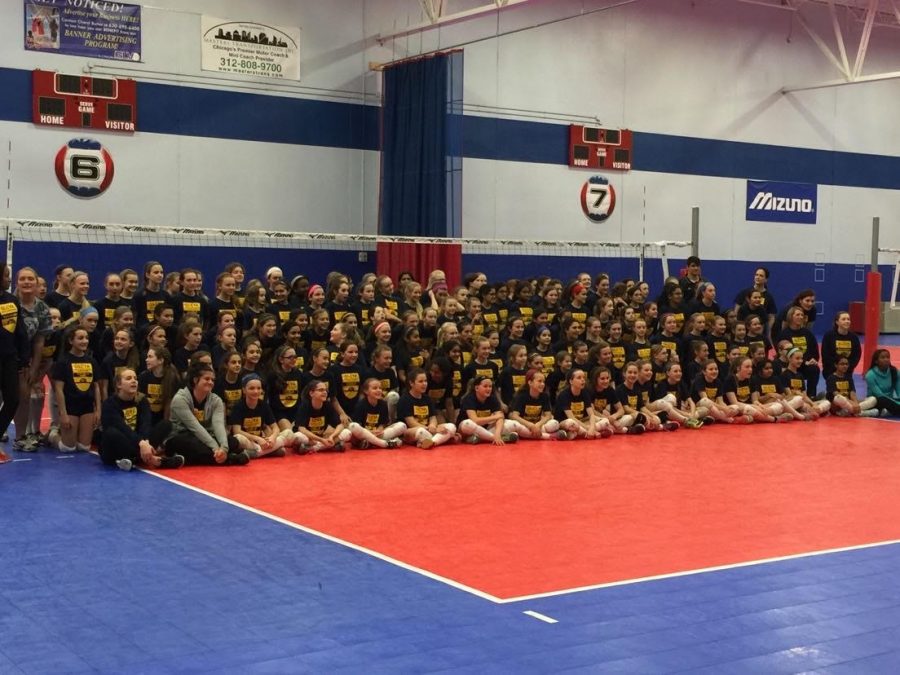 When you think of Hayley VanDuyne and sports, you think of spikes and running shorts… it turns out she was an icon in the volleyball industry.

At the age of 13, Hayley joined the Great Lakes league (similar to Platform) and played middle hitter for the next two years. The highlight of her career was breaking both her pinkeys. In the midst of an intense game, she attempted to set a serve and heard a *pop*. Scared to share this news with her loud coaches, she played through it and later found out it was broken. Weeks later, the same thing happened, breaking her other pinkie.

In the 8th grade, after a tragic tryout, she did not make her school team so she quit volleyball and cried at home. No worries tho… her mom cheered her up with some ice cream.