Hurricane Laura was supposed to be one the the most dangerous storms since 2008, they said that the storm surge was going to be unsurvivable. There were supposed to be 15 foot storm surges. When hurricane Laura was first announced they didn’t think it would get up to a category 4 hurricane, but when it did they started having emergency evacuation for the places that were in the path of the hurricane. As the hurricane started to make landfall it totally took a different direction than what was expected. Laura was near the Texas stateline, it started tearing off roofs and leaving many many people without power. Laura later downgraded to a tropic depression. This storm has left people without homes, power, water, and many other possible things. Laura was one of the most dangerous storms in history, killing 6 people including a young girl who was only 14 years old. There were also 68, 51, 64 year old men killed by falling trees as Laura made landfall.  A 24 year old man was killed by carbon monoxide poisoning from the generator in his home. Laura was a really devastating storm, but so many people are lucky that the storm did not turn out to be worse. As we know a lot of damage was done and it will take  so many people to help get everything better again. This storm was just another part of 2020 that we have to get through. 2020 has been rough. We have survived (for the most part) a global pandemic. This hurricane is something we can all get through together as well 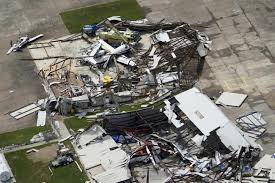