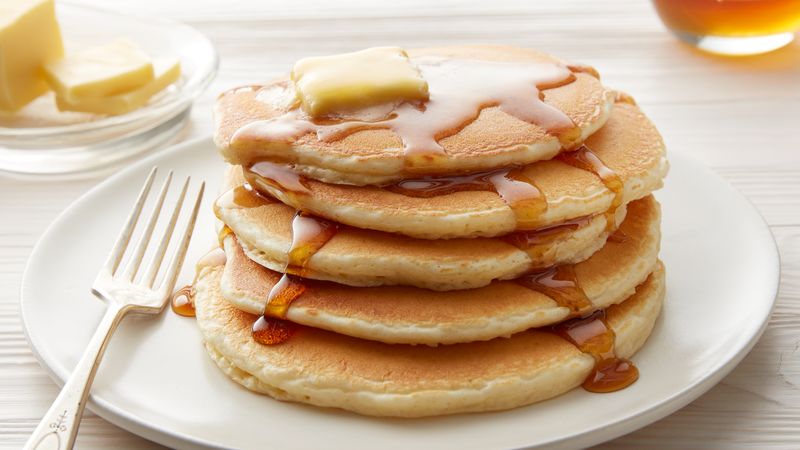 I am back and I have another restaurant review. Some people have come up to me in the hallway and said they wanted to see some breakfast reviews so here it is. Today I will eview Denny’s and IHOP. At Denny’s I ordered pancakes, eggs, and bacon and I got the same thing at IHOP.

Let’s start with Denny’s. When I walk into Denny’s, the employees were super nice but, the waitress I had was pretty rude. She looked me and rolled her eyes and I did not appreciate it. My food came really fast which made me very happy. The pancakes, eggs, and bacon were delicious! Let’s talk about the bathroom, shall we? I know its weird but I determine a restaurants cleanliness based on the condition of the restroom. The bathroom was pretty clean too!

IHOP was next. This was my first time at IHOP and it was pretty ok. I feel like the inside looks the same as Dennys but I think that’s just me. The food took years to come out and the waiters were also pretty rude. The pancakes tasted the same but Denny’s syrup was way better. IHOP’s syrup was pretty sweet and gave me a toothache after a few bites, but the eggs and syrup was amazing! It’s the perfect mix in my opinion. Now let’s talk about the bathrooms. They were not that clean. It wasn’t that dirty but I still was disgusted.

In conclusion, Denny’s wins. Everything Denny’s had was bomb. Both IHOP and Denny’s had rude servers but Denny’s came out with the most points. Remember to attack me in the comments and give menew food suggestions!